PODCAST: The Story of Gary Cohn.

In this post, we're going to cover a cool story about taking your chances and not being afraid of failure.

The story concerns how Goldman Sachs' 2nd-most-powerful executive pulled an audacious move to get his 1st job on Wall Street.

LISTEN TO THE PODCAST HERE:

As a kid growing up in Cleveland, Cohn found out he had dyslexia, a reading disorder. He struggled in school - and remember, this was a time when not much was known about dyslexia - no one really knew it existed as we do today.

By the time he was in sixth grade, he had attended four different schools - even getting expelled from one for hitting a teacher. Probably fair enough!

At this point, teachers had written him off as an 'idiot' - even Cohn himself admitted publicly that he was a horrible student.

By some miracle, he graduated, and ended up working in steel - selling aluminium.

"The one trait in a lot of dyslexic people I know is that by the time we got out of college, our ability to deal with failure was very highly developed. And so we look at most situations and see much more of the upside than the downside. It doesn’t faze us. I’ve thought about it many times, I really have, because it defined who I am. I wouldn’t be where I am today without my dyslexia. I never would have taken that first chance."

Around Thanksgiving, Cohn persuaded his manager to give him a Friday off to visit New York City for the first time. There, he headed for the commodities exchange at Four World Trade Center - Wall Street. It had always been of interest to him after hearing about it and seeing it in movies, and he wanted to see what it was all about.

From the observation gallery, he watched the action in the trading pits with other Wall Street hopefuls. This looked a lot more interesting than selling metal, to Gary - he was in awe. 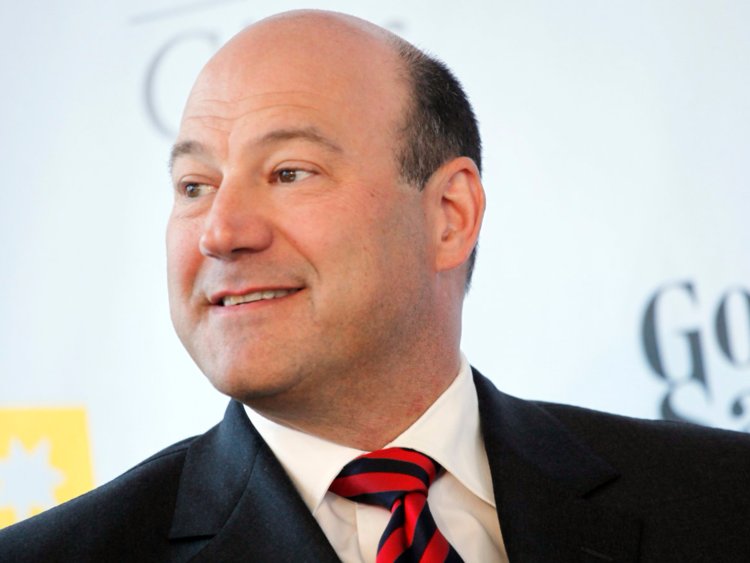 He made up his mind to do something drastic, and his next actions were to change the course of his life forever.

Gary came up with a clever plan to get his foot in the door, and make an introduction to one of the brokers. He left the visitors' gallery and waited by the security entrance to the trading floor for a few hours. In his own words;

"...right after the market's (sic) closed, I see this pretty well-dressed guy running off the floor, yelling to his clerk, 'I've got to go, I'm running to LaGuardia, I'm late, I'll call you when I get to the airport. I jump in the elevator, and say, 'I hear you're going to LaGuardia.' He says, 'Yeah,' I say, 'Can we share a cab?' He says, 'Sure.' I think this is awesome. With Friday afternoon traffic, I can spend the next hour in the taxi getting a job."

It turned out the man Cohn was sharing the cab with was also running the options business for one of the big brokerage firms. Cohn didn't know what an option was, but he pretended as if he did. It was truly a brilliant move, one most people wouldn't have the guts to make.

"I lied to him all the way to the airport. When he said, 'Do you know what an option is?' I said, 'Of course I do, I know everything, I can do anything for you.' Basically by the time we got out of the taxi, I had his number. He said, 'Call me Monday.' I called him Monday, flew back to New York Tuesday or Wednesday, had an interview, and started working the next Monday. In that period of time, I read McMillan's "Options as a Strategic Investment"book. It's like the Bible of options trading."

Why we're talking about this story is that life is all about choices. You are defined by the ones you make.

Gary's upbringing allowed him to become comfortable with failure - going from school to school, getting repeated fails on exams and tests.

Today, as in investment banker, he's worth over 400 million dollars.

What should we takeaway from his story? We all have the power to change things. If you're not happy with the current situation you're in - change it. Learn new knowledge, languages - whatever.

PODCAST: 8 Hacks to not lose your sh*t!